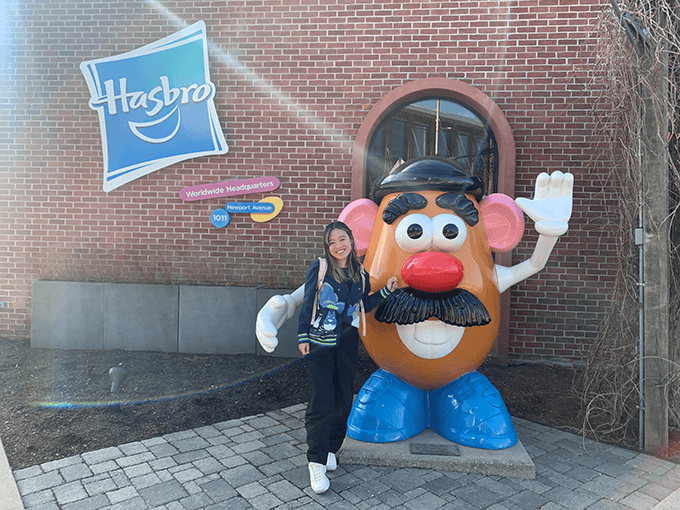 Collect a Co-op Experience as You Pass Hasbro!

Hi! My name is Vivian, and I am a rising senior Mechanical Engineering student .......

Hi! My name is Vivian, and I am a rising senior Mechanical Engineering student at the University of Texas at Austin. During my time at Hasbro, I worked as a Cost Engineer Co-op supporting the Games and Mr. Potato Head teams. It is truly a bittersweet moment as I enter my last week of my six-month co-op. I have gained such a valuable experience and skill set that I could not have fathomed I would achieve in this short span of time.

With only a few semesters left until I graduated, I did not expect to take a semester off from academics to take on this role. In fact, I almost declined the initial offer because I feared the delaying of my graduation and was unable to relocate from Texas to Rhode Island. Due to the flexibility of my manager and the work environment, I was able to take on this role remotely. I was worried that I would not be able to learn as much remotely as I would have if I were in person, but that was not the case at all. I entered my co-op with a vague idea of what a cost engineer was and how the toy industry functioned, and I am leaving being able to explain in-depth the manufacturing process and cost of almost every Hasbro item. I now have a wealth of knowledge in areas like plastic injection molding, which is easier to understand when you apply it to your favorite childhood toys! I also had the opportunity to be a part of Hasbro’s sustainable initiatives, as I worked on the first items of the all “green” potato head line! The decision to take a gap semester was an idea that was scary to commit to, but I was exposed to the various sides of engineering that you won’t find being taught in the classroom.

The number one thing that made working at Hasbro so enjoyable was definitely the people. Getting through the first few weeks of the co-op was a huge learning curve, but I had a support system every step of the way and will continue to have that support after the end of my co-op. I was treated like any other full-time engineer and not just another co-op, and that responsibility has built my confidence in my career. I also had the privilege of spending a week in person at the Rhode Island office, and I completely understand when everyone I had met mentioned that the best part of their job was the people they worked with.

A special shoutout to my manager, Hilary, the cost engineering team, the Games and Mr. Potato Head teams, and my fellow engineering co-ops for playing a vital role in my co-op experience. I am grateful that I had the opportunity to work at Hasbro, and I encourage anyone who comes across a similar opportunity to make the most of it!